John Lithgow Takes The Crown, Er, the Emmy for Supporting Actor in a Drama Series

The actor has won the 2017 Emmy for Supporting Actor in a Drama for his role of Winston Churchill on Netflix’s The Crown.

“Well this is fantastic,” Lithgow said in his acceptance speech. “I feel so lucky to have won this in the company of my fellow nominees. You guys so many of you are my friends and former cast mates. I wish all of you congratulations. you deserve this.”

He thanked his The Crown co-stars and Churchill.

“In these crazy times, in his life even as an old man reminds us what courage and leadership in government really looks like,” Lithgow said. “I thank Winston Churchill, I thank the Academy and I thank all of you. This is simply wonderful.” 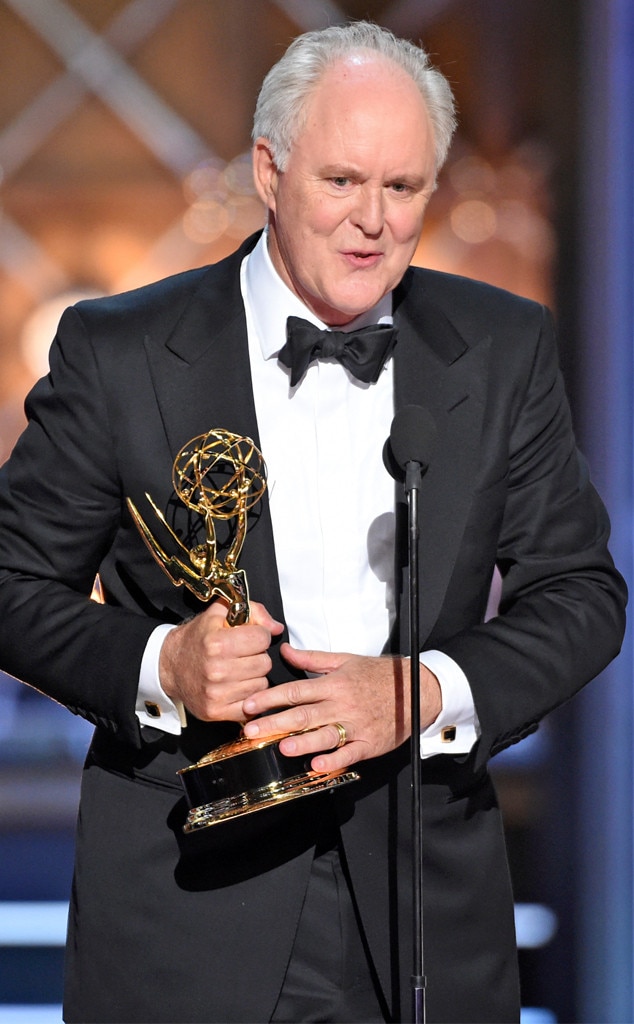 This marks the sixth Emmy win and 12th nomination for the actor, who was first nominated in 1984 and has won Emmys for his performances on Amazing Stories, 3rd Rock From the Sun and Dexter, in which he played the Trinity Killer.

“Off to #Emmys, ready to win or lose (lots more experience with the latter). Thx for all the good wishes,” Lithgow tweeted before the ceremony.

Lithgow is also a two-time Oscar nominee. He received Academy Award nods for his roles in the films The World According to Garp and Terms of Endearment in 1983 and 1984.

Jared Goff drills ref in the head with errant throw