Milo Ventimiglia Brings the Papa Pearson Wisdom to the 2017 Emmys: ”There’s Always Something to Learn”

Looks like Papa Pearson showed up to the 2017 Emmy Awards!

This Is Us star and Outstanding Lead Actor in a Drama Series nominee Milo Ventimiglia channeled his inner Jack Pearson on the red carpet, reflecting on the many life lessons that come with turning the big 4-0.

Milo celebrated the milestone birthday only a few a months ago, which he described as “pretty great” when chatting with E! News’ Giuliana Rancic. “I turned 40,” the actor shared. “It was pretty great. One of my older sisters sent me an ‘Over the Hill’ hat. I can finally wear that not that I’ve arrived into complete manhood.”

So now that he’s officially 40, is there anything Ventimiglia knows now more than ever before? 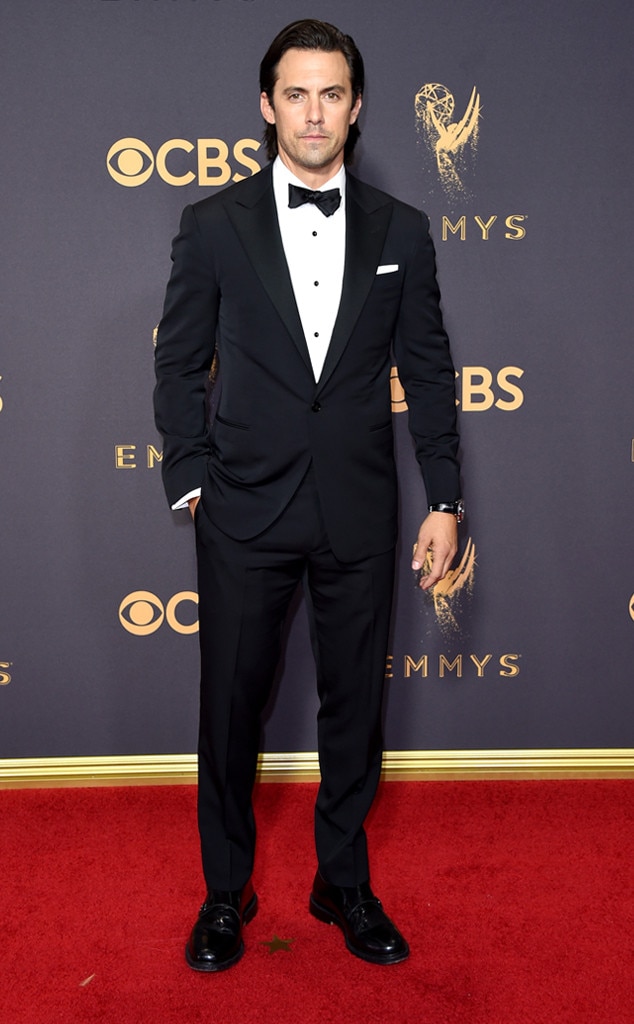 “There’s always something to learn,” he added.

As fans of the NBC drama have come to understand, Ventimiglia’s co-stars lovingly refer to him as “dad” on set. “I make sure everyone is feeling good and supported,” he explained of his unofficial role. “Ready to their art!”

He referred to co-stars Sterling K. Brown and Justi Hartley as his “sons,” despite the fact that both celebs are a few years older than Milo IRL. “I feel a responsibility to make sure everyone is doing well,” he teased.

Milo also had something to say to the millions of viewers who have fallen in love with This Is Us.

“I get a lot of people coming up to me wanting to hug me,” he told Rancic. “I think a lot of that comes from the affection they get from the show, the feeling they get, the heart. The hopeful quality of the show in a landscape that has a lot of crime and whatnot, we give people hope.”

How Elisabeth Moss Rose From Teen Actor to...

"Change Is Afoot" in This Is Us Season...

Fergie and Josh Duhamel Break Up: What Went...

James Corden Dresses Up as Pennywise in Hilarious...