Mindy Kaling has that pregnancy glow!

The Mindy Project star walked her first red carpet since news of her pregnancy broke exactly 10 days ago at the Television Critics Association’s summer press tour in Los Angeles. Kaling, 38, dressed her growing baby bump in a chic navy midi-dress with chiffon sleeves and circular metal detailings. She swept her dark her in loose curls over her shoulder, and accessorized the maternity ensemble with black pumps, a red lip and silver jewelry.

Mindy attended the TCAs in support of the sixth and final season of her Hulu comedy series, which is set to premiere on September 12. Co-star Ike Barinholtz and screenwriter Matt Warburton joined the mother-to-be for the Thursday evening panel.

The beloved actress has yet to address her baby on the way, but did offer this telling remark when asked if she felt it was more important for her character to get her happily ever after. 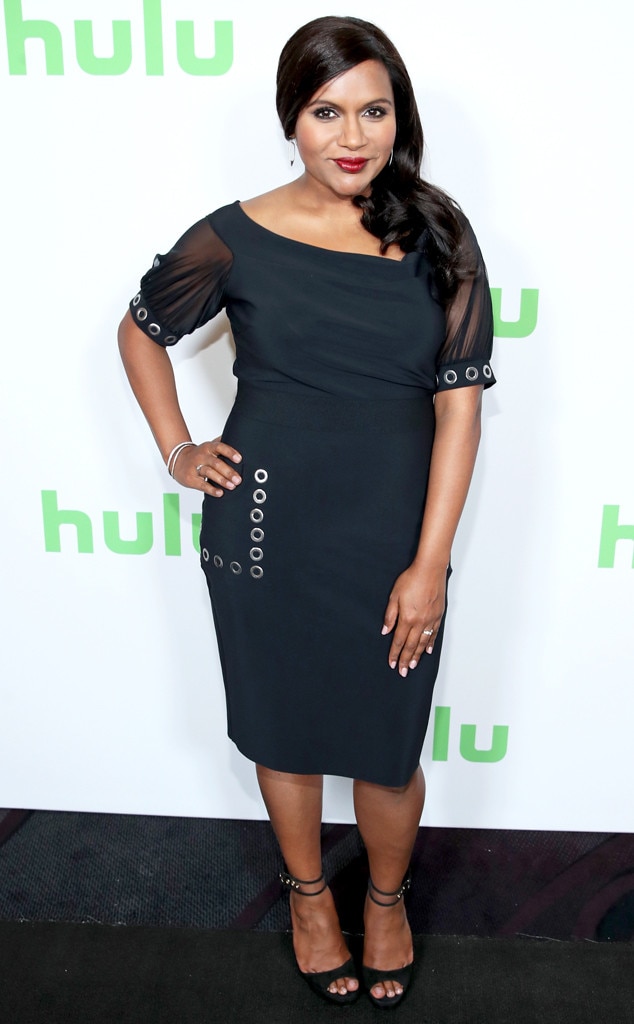 “I think that we do, I think we’re romantics,” Kaling mused. “I think that happily ever after can sometimes be romantic happiness and sometimes it can be a feeling of contentment with your life, as a professional and as a mother.”

Additionally, it was revealed that this season of The Mindy Project will include a “mom-shaming” episode co-starring Julie Bowen and that while a prequel was discussed briefly, Kaling teased, “We just have such a good finale that we’ve known about for awhile.”

An E! News insider initially described the Wrinkle in Time star’s pregnancy as an “unexpected surprise,” but added it would not impact pre-existing production schedules for her upcoming projects. Mindy has spoken openly about her motherhood-related aspirations in the past, and her loyal fan base congratulated the celeb ten times over following the reveal.

But if Kaling’s latest look is any indication, it’s safe to say heraternity wardrobe will be one to look at!

Milo Ventimiglia Reveals What He Learned From Dating...

Watch Padma Lakshmi Try on Dresses for the...