Regina King has some secrets to tell, and E! News was the first to hear ’em!

In case you haven’t heard already, the American Crime actress directed an episode for the second season of This Is Us, and now she’s spilling some exciting details about what it will bring viewers.

Chatting with Jason Kennedy on E!’s Live From the Red Carpet ahead of the 2017 Emmy Awards, King revealed we’re about to see the “Big 3″—Randall, Kate and Kevin Pearson—like never before.

“In my episode, you get to meet the Big 3 in a decade that you’ve never seen them before,” she explained before gushing about working on the show. “I love this show. But as amazing as this show is, the crew and the cast are ten times as amazing.” 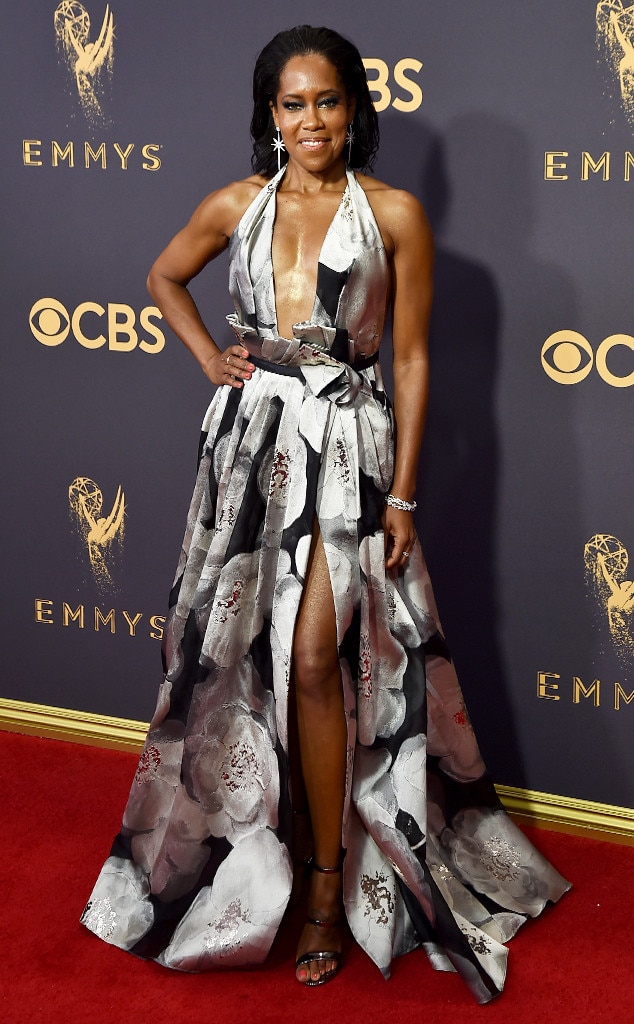 Meanwhile, King—who donned a gorgeous Galia Lahav gown—also got to chatting about her nomination for Outstanding Supporting Actress in a Limited Series or Movie, which she received for her role on American Crime. This marks her third nomination for the show, and she’s won the category both years before.

“You know what, I’m happy to be here for a third time,” she told us. “Three in a row—to have just three nominations back-to-back, that’s pretty spectacular. So I’m here just having fun. I’m going to have one drink three time, I think.”

Unfortunately, American Crime was canceled, but King is moving forward with a positive attitude.

“It was a little disappointing. But, look, we got an opportunity to do some really great storytelling for three seasons,” she said. “I wouldn’t change that for the world.”

Well, we can’t wait to see if she’ll close the chapter from her time on the show by taking home the award for Supporting Actress tonight (and making it a hat trick win!).

How digital transformation helps one publication get work out the door

Wendy Williams Defends Her "Bikini Body": "I Got...

Julianne Hough Not Judging Dancing With the Stars...