The fatal helicopter crash that killed Montgomery Gentry singer Troy Gentry at a New Jersey airport on Friday, Sept. 8, was a result of engine failure, according to a preliminary report issued by the NTSB (National Transportation Safety Board). The 50-year-old country singer was slated to perform at the airport later that day.

The documents, obtained by E! News, explain, “Several minutes after takeoff, the pilot reported over the airport UNICOM frequency that he was unable to control engine rpm with throttle inputs. He reported he could ‘roll’ the twistgrip, but that there was no corresponding change in engine rpm when he did so.”

The report then explains that the pilot, who held commercial and instructor pilot certificates, each with ratings for rotorcraft-helicopter and instrument helicopter, tried to hover until emergency vehicles came and then attempted to perform an “autorotation,” which he had done successfully several times before, in order to land the helicopter, however during the descent the rotor blades’ rpm “decayed” greatly and aircraft eventually plummeted. 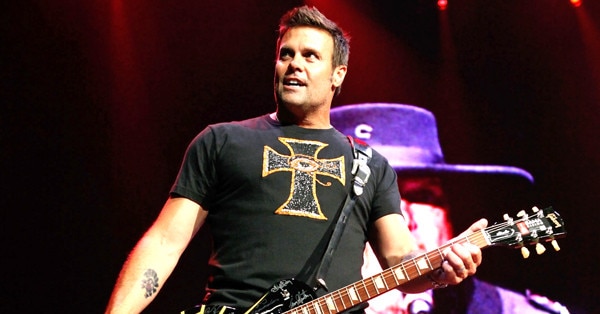 According to the chief flight instructor for the operator, the purpose of the Troy’s flight was “to provide an orientation/pleasure flight to the passenger who was scheduled to perform in a concert on the airport later that evening.”

“At approximately 12:30 p.m., law enforcement received calls about a helicopter in distress at Flying W Airport in Meford New Jersey,” a Burlington County Prosecutor’s Office spokesperson told E! News. “When law enforcement arrived, they learned a helicopter went down in a field close to the landing destination. Two males were found. One was pronounced dead at the scene and was identified as Troy Gentry of Montgomery Gentry. The other male was extricated from the helicopter and taken to a nearby hospital where he was pronounced dead. The second victim was the pilot of the plane whose name has not yet been released.”

On Friday, Montgomery Gentry’s official Facebook posted the sad news: “It is with great sadness that we confirm that Troy Gentry, half of the popular country duo, Montgomery Gentry, was tragically killed in a helicopter crash, which took place at approximately 1:00 p.m. today in Medford, New Jersey.”

“The duo was scheduled to perform tonight at the Flying W Airport & Resort in Medford. Troy Gentry was 50 years old. Details of the crash are unknown. Troy Gentry’s family wishes to acknowledge all of the kind thoughts and prayers, and asks for privacy at this time,” read the message.

Troy’s band mate Eddie Montgomery was not on board the helicopter.

The Montgomery Gentry concert was canceled soon after the crash, before it was revealed Troy was one of the men killed.

The Schweitzer 269 helicopter crashed around 1:30 p.m. in a wooded area off the end of one of the runways at the Flying W Airport, which also houses a resort, an FAA spokesperson told E! News after the crash.

A public celebration of Gentry’s life will take place this Thursday, Sept. 14 at 11 a.m. CT at the Grand Ole Opry House in Nashville, TN. After which a private, family internment will take place.

In lieu of flowers, Gentry’s family is asking that donations be made to T.J. Martell Foundation or The American Red Cross for hurricane relief.

For those unable to attend, a live stream of the service can be viewed on the Grand Ole Opry website on Thursday.

This story was first reported by TMZ.

Ivanka Trump Changed Her Eye Color and No One Noticed

Fergie Is All Smiles in Brazil After News...

Angelina Jolie's Six Kids Step Out on the...

Did Nicole Kidman Wear Mismatched Shoes to the...